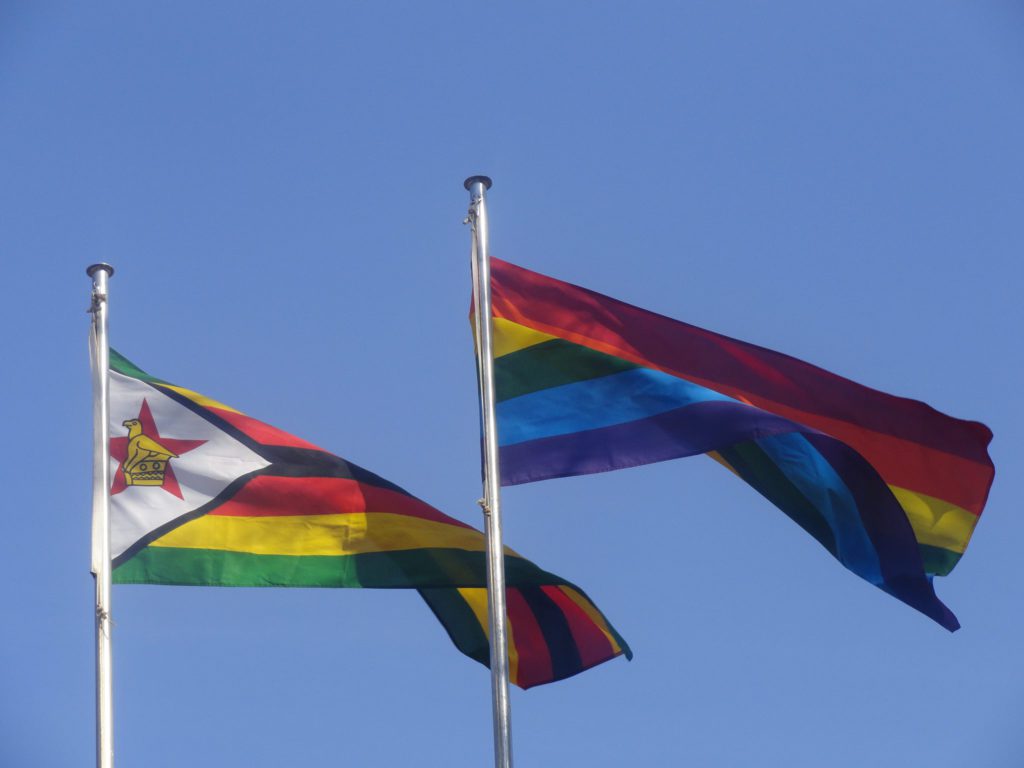 On November 22 Zimbabweans woke up to a new era which saw the end of homophobic Robert Mugabe’s 37-year-old grip to power. Thousands of  Zimbabweans thronged the streets in celebration amongst them where many  LGBTI people  who  also marched, welcomed and celebrated the fall of Mugabe and the rise of new president albeit from the same  ZANUPF party. Mugabe was notoriously known for using every podium to churn out homophobic tirades. Parroting their leader on numerous occasions many ZANU-PF appendages have been on record publicly castigating homosexuality as  “unAfrican western disease.”

With Mnangagwa  as president for the next 8 months before the country goes for elections in late 2018, many LGBTIQ people  in the country and across the  diaspora    expressed missed  sentiments regarding the future for LGBTIQ rights in relation to the recent  political developments in the country.

“Iam happy with the removal of Mugabe in power. This is a man who has been the source of our pain as Zimbabweans for a long time, let alone the fact that he was  key in fuelling hatred against our rainbow community.  The new president might be from the same party but we are expecting him to contribute towards  respect for peace, diversity and tolerance.  During the protest, we all marched as disgruntled diverse Zimbabweans but with the same vision hopes for our country,  because we are all Zimbabweans and should all be respected as such, said Kimberly a 22 transgender woman from Chitungwiza.

Terence a transman said economic recovery should be at the centre of the new president’s plans,“I believe if I’m empowered economically, I can survive as a trans person. Some of the violence and discrimination we face are caused by economic challenges. The unemployment rate in Zimbabwe is astronomical. A  lot of us educated LGBTI people in the country are unemployed.  Discrimination and stigma are also other contributory factors to our woes.”

Chihera a trans woman concurred: “As trans people, we are at the bottom of the chain, employers often outrightly dismiss you for being openly Trans* or  i they find out you are LGBT. Right now opportunities are limited, not all of us can work in NGOs. In the private sector there is a lot of competition for jobs and being Trans* can also mean you are likely not to get the job even if you are qualified.

Tendai a gay man who resides in South Africa had this to say:  “People had been abused for so long under Mugabe, we can now dram again thats why most of us are hopeful that one day things will change. As far as LGBT rights are concerned, i don’t see the new president making any positive changes.  He might probably remain silent about the issue as Zimbabweans are not so concerned about hate and divisive language right now.”

Lisa a lesbian woman  in Australia added:  “There is hope for Zimbabwe but am worried about the respect of our rights as equal citizens in Zimbabwe. Anti homosexuality is a  ZANU PF political party stance , they use it for election campaigns feeding on the masses fears to fuel prejudice and violence, lets see what they will use in the coming election.I get the feeling Zimbabweans are tired of meaningless vitriol they want tangible results that benefit their lives.”

Zimbabwe’s Sodomy Law criminalises same sex consensual acts between male adults. Even though the new Constitution guarantees rights such as equality and non-discrimination, it is silent on specific rights for the LGBTI community.

During a meeting in in Geneva, Switzerland in 2016, the United Nations Human Rights Council Working Group had called on Zimbabwe to respect the rights of LGBTI people by decriminalising same sex consensual acts between adults.

However in his report back to the media after the trip, Mnangangwa maintained that the Government remained committed to cooperating with the entire UN system to advance the overall global human rights agenda.

“With regards to areas that we felt we would not accept, it is issues of gays and homosexuality, which is unlawful in our country,those are the two issues  that we have out rightly rejected.”

Having been cut from the same cloth and mentored by the devil himself, it now remains to be seen whether Mnangagwa will stick to his inauguration promise to respect and serve all Zimbabweans equally, with dignity and to restore democracy and economic stability to the country teetering on the brink of collapse.