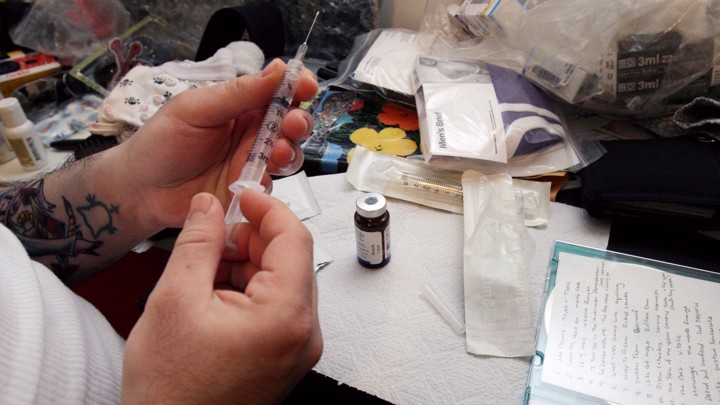 HARARE – Transgender people in Zimbabwe who wish to transition lack access to gender-affirming healthcare and hormone therapy. This gap is rooted in institutional transphobia and has worsened in recent years as Zimbabwe’s economic malaise has deepened.

Rasp, whose name has been changed to protect his identity, is a trans man in his early 30s based in Matabeleland North in western Zimbabwe. He says legally accessing drugs for hormone therapy across the country is all but impossible.

“Hormones are found on the black market. This is not only harmful to our health but exposes us to the dangers of overdose. There is also a risk of getting duped by dealers who often don’t have enough information about the drugs they sell to the vulnerable transgender community,” Rasp says.

Rasp now travels outside of Zimbabwe to get testosterone for his transition, a burden that has grown exponentially as the country’s economy continues to deteriorate.

“The black market for hormones is expensive and risky because there’s no accountability. If I’m to react [negatively] to the drugs I take from the black market, I can never sue the supplier because there are no proper and legal channels,” he says.

Cassie, whose name has also been changed to protect her identity, is a trans woman in her early 20s living in Bulawayo, Zimbabwe’s second-largest city. She says transgender people taking hormone therapy drugs need psychotherapeutic support in addition to legal access to medication.

“The body changes. I had no one to talk to about the thoughts and feelings I experienced. I’d get depressed most of the time and segregate myself because I had nowhere to seek counselling. There are no such institutions that understand transgender issues,” Cassie tells us.

Just like Rasp and many other trans people in Zimbabwe, Cassie says that the rising cost of living in the country is making it increasingly difficult for her to access her hormones.

“I have to continue taking hormones for the rest of my life. While I can’t easily access them here, getting them from outside of Zimbabwe also has its own risks and it’s expensive,” she reveals.
“If we could walk into a pharmacy and get them with or without a prescription from the doctor, just like any other person can get antibiotics or pain killers, it would assist our overall well-being as transgender people in Zimbabwe.”

Hormones play a crucial role in a transgender person’s transition. Dr Maddie Deutsch, Director of Clinical Services at the University of California, San Francisco (UCSF)’s Center of Excellence for Transgender Health, advises that trans women may use testosterone blockers, oestrogen, and progesterone while transitioning.

“Oestrogen is the hormone responsible for most female characteristics. It causes the physical changes during transition and many of the emotional changes. Oestrogen may be given as a pill, by injection, or by a number of skin preparations such as cream, gel, spray, or a patch,” the doctor says.

Alessandra Bree Chacha, a trans woman in the country’s capital city, Harare, says the lack of gender-affirming health facilities in Zimbabwe encouraged her to research natural methods for boosting female hormones in her body. Chacha says she was afraid of the health complications associated with self-administering hormone pills from the black market. This is why she opted for a “natural” transitioning journey which she embarked on in March 2018.

“I researched ‘herbs’ that can boost female hormones and found out that soy, saw palmetto, and fenugreek contain elements that are also found in oestrogen or progesterone hormonal pills.”

Soy is a plant-based oestrogen, saw palmetto is thought to reduce male-pattern hair loss, and fenugreek seeds are thought to enhance breast size, among other effects. Bree changed her diet to incorporate these ingredients into most meals. One year later, she says she has achieved her dream feminine body.

“Ever since I’ve been on that regiment, I’d say my transition has been successful. I now look like a ‘proper’ female who passes as a woman. If I wear male clothes now, people will ask, ‘why is this woman wearing male clothes?’ I’m in a position where people now understand my journey, though I still have a long way to go to attain full transition,” she adds.

Bree, an outspoken advocate for LGBTQI+ equality, has challenged Zimbabwe’s Ministry of Health to play a leading role in offering health services that cater to the needs of trans and gender diverse persons.

“We are not saying the government should provide us with free hormonal pills or reconstructive surgery. We just need institutions where we as trans and gender diverse people can go for checkups, counselling, and health education,” she says.
“Medical institutions need to be staffed with personnel who are in the know about transgender issues so that they can help this trans generation and others to come.”

Chihera, a trans woman who coordinates a community-based organisation working with transgender and intersex people in Zimbabwe, worries about the effects of selling and accessing hormone therapy behind closed doors.

“Accessing hormones is not easy, and it’s done privately and illegally. This leaves transgender people vulnerable as they may be given the wrong medication,” she says.

In July 2018, Zimbabwe’s Ministry of Health approved a training manual to be used by staff when treating sex workers, men who have sex with men, transgender and gender non-conforming people, intravenous drug users, and other key populations that are particularly vulnerable to HIV and lack adequate access to health services. The handbook was drafted with consultation from the National AIDS Council of Zimbabwe and organisations that work with these key populations. Chihera says national institutions are still not doing enough to provide a full package of care for transgender people.

“The handbook is not comprehensive as it generalises the needs of transgender persons. Our needs are different from other key populations,” Chihera says. “We need guidelines for hormones as well as health education pertaining to hormonal intake. The nurses and doctors are not well-equipped with that information and it makes my visit to the public health institution fruitless. I still lack other services I need to successfully enjoy my constitutional right to access healthcare.”

Gogo S’the, a nurse at a private clinic that offers free services to key populations, agrees with Chihera’s assessment.

“In Zimbabwe, transgender persons find themselves between a rock and a hard place when it comes to sexual and reproductive health issues,” she says. “Some may be fortunate enough to get therapy, but surgical procedures and hormone therapy are still unavailable.”

Gogo S’the advises Zimbabwe’s transgender community to pressure the government to put in place policies that will address their health needs.

“There is still a long way to go before the government puts everything in place for hormonal therapy,” she says. “These policies should be done in a way that sensitises the public to be open-minded and to embrace transgender persons.”