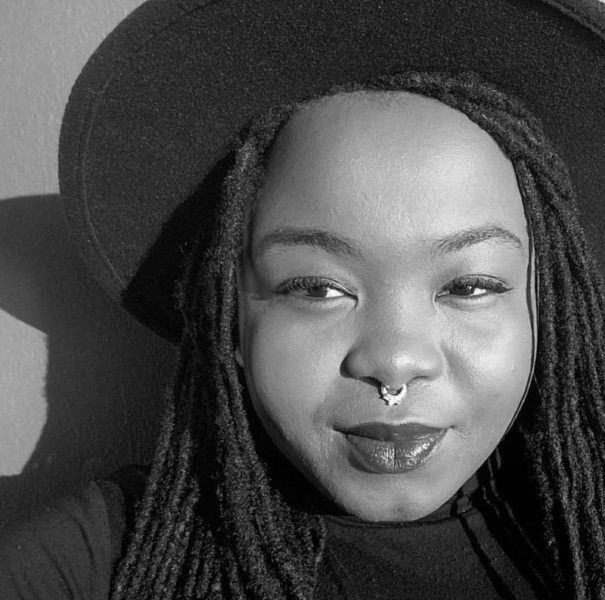 They are Womxn, they  are resilient, revolutionary, change makers and they are Afrikan. From the  students’ movement in South Africa, to the refugees movements  in Sweden  these women are at the forefront of  the struggle for Trans rights and respect. The five women below are representative of  the  many  revolutionary trans women living and leading the struggles  from different corners of the world and we celebrate you all.

“Never stop agitating the establishment. Even if it kills you, agitate!”

Sandile Ndelu (above), Sandy  is a 22- year- old  final year postgraduate law student at the University of Cape Town. She comes from a small town called Umkomaas, in the KwaZulu-Natal Province of South Africa. Sandy is the co-founder of the Trans Collective, a support group for trans students at the University of Cape Town. She was also one of the organisers of the fees must fall students organising against exorbitant university fees as well as injustices by school authorities in South Africa. Sandy’s motto for resilience is: “Never stop agitating the establishment. Even if it kills you, agitate.” 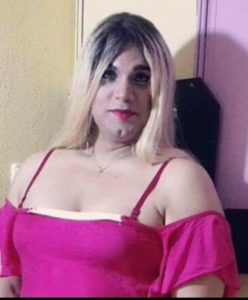 Sumita Rafi is from Egypt. She is a law graduate and a  trans rights activist.  Although Suma left Egypt owing to violence and death threats,  she has continued to advocate for LGBT rights for asylum seekers.  While in Istanbul with help from other  LGBT organisations based in  Turkey and abroad,  Sumita initiated and led Tea&Talk an LGBT refugees rights lobby and support group. On relocating to Athens, she also created Welcome LGBTQI refugees group.

Suma who is currently based in Sweden believes, “Everyone has a right to choose where and how they live their life.  Whether  Trans or not,  no one has the right  to force you to be someone you are not or decide how you  must live your life.”

In her motto for resilience, Suma says:  ” As Trans people, we have been living in the shadows for years,  scared and lonely.  Nobody deserves to live like this. Trans people already experience hard lives, so please and don’t make it any harder.” 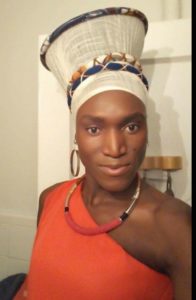 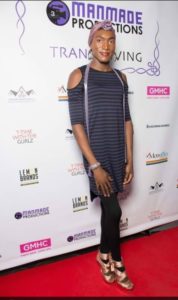 “Duty  has no gender”

Tiara is a  25-year-old  Zimbabwean. As a grassroots Trans rights activist, Tiara was key in the mobilising and organising of the Trans community in her country. She volunteered within the Zimbabwean  LGBTQ  community as a peer educator, documenting and conducting research. Tiara is based in Washington DC  where she is also actively involved in trans rights movement and working with Trans youths. Her motto for resilience:  “She who fights and runs away lives to fight another day.”  As a Trans feminist Tiara believes duty has no gender.

“Your body is revolutionary, your mind is important and  your heart is beautiful.“

Seoketsi T Mooketsi,  describes herself as  “a colonial black, poor, rural, queer trans intersectional academic feminist invested in decolonisation politics, and the ‘fallist’ student movements across South Azania”. She is s  Bachelor of Social Science in Sociology and Political Sciences student at the University of Free State. Seoketsi is the founder of Rural Trans Love an initiative for Transdiverse people based in remote areas.

Her motto for resilience: “Dearest Seoketsi, your body is revolutionary, your mind is important and your heart is beautiful.”

Seoketsi says:  “When I am not stressing about cis-normative, heteropatriarchy, white supremacist, imperialist capitalist patriarchy, I am reading literature from Audre Lorde, Bell Hooks. I am inspired by Marsha P.Johnson and  Simon Nkoli, and woolgathering about what plans to do with the land.” 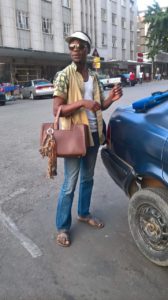 “I  will not rest until the sun comes down.“

Having been actively and passionately involved in LGBT rights activism for a decade. Born  30 years ago, Bee is a Zimbabwean is the co-founder of the Harare- based organisation, Trans and  Intersex Rising  Zimbabwe (TIRZ). Bee’s passion lies in grassroots activism, community outreach work from main cities to rural Zimbabwe, where she facilitates discussions,  provides peer education related to HIV AIDS,  Trans* sex work and LGBT rights. Bee is skilled in using creative expressions such as theatre song and dance as a way to educate and initiate dialogue with youths and communities. Bee believes that she has a God-given strength and love to share with her community. “Every night before I go to bed, I worry about many trans people in difficult situations.  I just feel I have a duty to play to  assist my community .”

Her motto of resilience:“ I  will not rest until the sun comes down.” 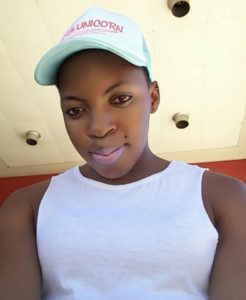 “Stay strong  and motivated , do not let anyone bring you down.”

Zikhona Mbagana is a  26-year-old  transwoman who was born and bred in Swaziland. She is currently studying for her BA in Communications and also works part time in an organisation for sexual reproductive health rights.She is a Trans rights activist who believes the voices of transdiverse people should be heard. Our rights should be recognised and respected this includes the right to gender markers, personal documents should reflect the gender that reflects how we identify.

“I also believe that initiatives like Queerstion magazine will hep educate diverse communities about the challenges that we as Tran* people face. Those who cannot live openly as Trans* will feel included and draw strength from others.

Message of resilience: Stay strong and motivated do not let anyone bring you down.