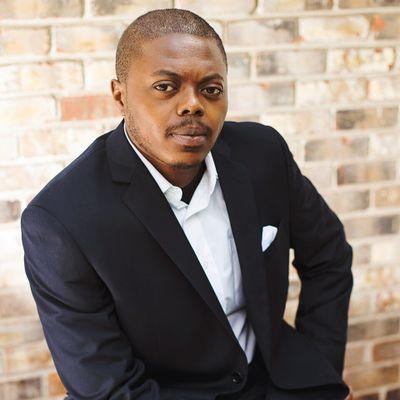 Coming face to face with my gender identity was a relief but a very lonely journey because for the longest, I was convinced that there are no other Africans who happen to be Trans*. Eventually, I started hearing stories. One that touched me particularly was the story about a Trans woman who was assaulted by her own family and had to flee to another country. It was then that I realised the impact I could personally make by being open about my identity. It’s also why I believe that those who have a platform should use it wisely, mainly to speak for the voiceless and show up for the invisible faces.

As a Black African Transman, I don’t feel ‘seen’ or represented in the media. There aren’t many Black American Trans role models, let alone African ones. Our stories intersect somehow and yet our cultures are still very much different, even for those Africans who were born in the U.S.

There is an African proverb that says “if you want to go fast, go alone; if you want to go far, go together.” Queerstion is not just a platform that will bring us together. It’s a crucial medium that has the potential to bring education, healing, and hope.

The entire concept of Pamoja is something that, even in our African communities, is being neglected as we move through our daily lives. Who better to revive it than the African Trans community? We have existed since the beginning of history and have been the gatekeepers of our societies and the Spiritual world. Somehow our footprints have been erased but those who make a conscious effort to remember who they are will realise that now, more than ever, is the time to reclaim our inheritance to heal this world.

Warriors are teachers and healers; they break barriers, they mend bridges, they challenge reality, and most importantly, they act. Even in fear, a warrior must act.

We educate the world by first claiming and acknowledging the warrior within us. Do my actions, my presence, my voice, and the way I show up in my everyday life has the potential to teach another person something they didn’t know about Trans people? If the answer is yes, then I know that I’ve lit another candle to make the world brighter.

We heal the world by having compassion, especially for those who don’t understand us and those who are not energetically (male/female energy) balanced. As Africans, most of us have a specific concept of gender roles. From my perspective, transitioning gave me more compassion for both genders and gave me a sense of coming full circle with my humanity. I’m a human being who embraces all my qualities even though I move through the world with an outward masculine expression.

We give hope by learning to be selfless. It’s the true meaning of  Pamoja, unity, by understanding that somehow we are all one. “I am because we are.” Often, when I do work in the Trans* community, I always remind myself that it’s not only about me. Just seeing Queerstion come to life fuels me with hope. I trust that one day an African Trans* kid won’t have to go through the things many of us went through to find themselves.

Let us begin now,  let’s make a commitment to honour the warrior within us, to be each others’  keepers, to change the world, and to light the path for generations to come.

From my heart, Pamoja!

Neo is the CEO of FTM Fitness World, host of the world’s only transgender bodybuilding competition. He is an author, speaker, entrepreneur, Business consultant and life coach.