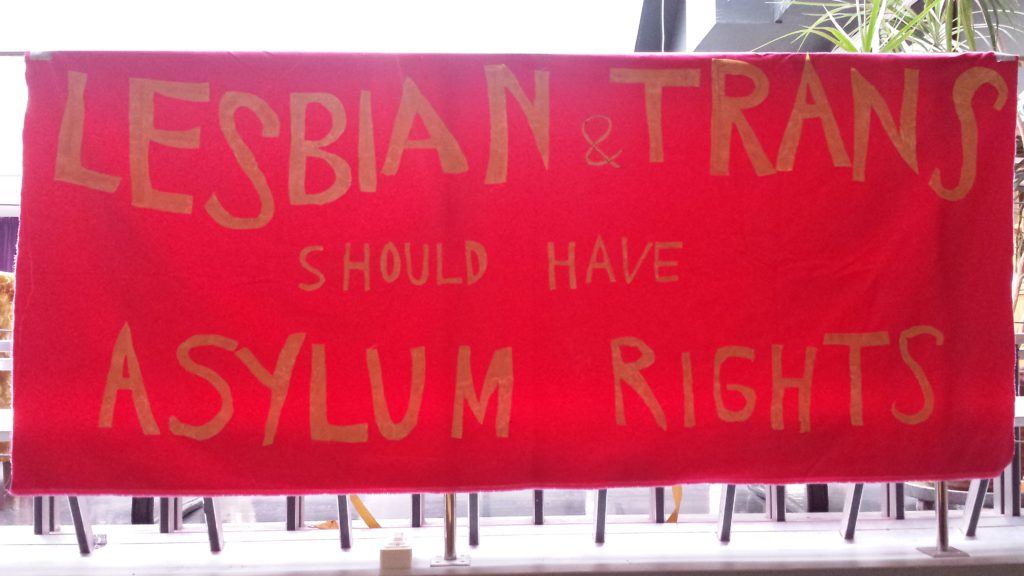 Trans people in Sweden have commended the recently published report by a Government-ordered inquiry set to improve the living conditions of trans people in the country.

The  voluminous report titled: Trans people in Sweden, suggestions for strengthened status and better living conditions, has since been presented to Government  by Ulrika Westerlund  who was leading the inquiry which set to “investigate and remedy suggestions to society’s cis and heteronorms affected Trans people and to identify the barriers in society to trans people’s opportunities to live according to their gender identity.”

Some individuals interviewed by Queerstion magazine applauded the move which they described as an overdue step in the right direction.

“This is a commendable move, it shows some level of commitment from the government to change the situation for trans people, it will not happen overnight but  it is a good start,” said KM a transman

Another transman  SK an asylum seeker said ” I was shocked by the statistics and the discriminatory experiences trans people face here in Sweden. I realise that even in my home country the situation is the same,  the only different and maybe most important thing is that here there are efforts in place to ensure that trans person rights are respected and protected at all levels.

Prominent  award-winning transgender Swedish actress Såga Becker said: This does not come as a surprise. Trans people face violence everyday, it will take a long time before all these challenges are addressed, but i am optimistic because  we are a step in the right direction.”

According to the report, Trans people are more likely than the population as a whole to rate their own health as poor. The inquiry’s results revealed that a  high number of trans people cannot live in accordance with their gender identity and that this has a detrimental impact on their health.

More studies have revealed that lack of support systems and isolation where some of the challenges affecting trans* individuals, according to the reports compare to the population as a whole,  trans people as a group have less support from those closest to them, another contributory factor for poorer health.

“It is more common for trans people to experience harassment, degrading treatment and discrimination than the general population. Many trans people also feel they are made invisible in society, for example, through the use of gendered language, the format of Swedish personal identity and because it is not possible to have a legally recognised identity other than as a woman or a man.”

The report further highlights that Trans people are more likely than the general population to experience physical violence, from society as well as within relationships and families. Moreso Transgender people have complained of stigma and discriminatory questions when dealing with health professionals in Sweden.  The mobility of trans persons is often limited because of the vulnerability and insecurity experienced in various public spaces, for example, in restaurants, while travelling, or when accessing public toilets.

“In close relationships, there is a specific form of violence that affects trans people.Trans people are also affected by hate crimes and honour-related crimes. One clear challenge is that the crime statistics are incomplete, partly, because many victims do not file police reports due to a lack of trust or confidence that doing so will make a difference.”

In its recommendations, the inquiry  calls for stronger state  support for victims of crime adding  that, “The Police Authority is tasked with implementing an internal skills development programme with an LGBTQI perspective and a distinct trans perspective regarding hate crimes, honour-related crimes and violence in close relationships.” Furthermore, the report tasks the Swedish National Council for Crime Prevention with including trans people in the Swedish Crime Survey.

Concerning youth transgender youths and sexual health, the report states that trans youths bemoaned the dearth in the provision of information relevant to their health needs, for example, the  impact hormone treatments can have on sexual health and sexuality. “Regarding reproductive health and rights, there is also a lack of knowledge available concerning factors such as the need for support. The incidence of HIV among trans people in Sweden is not known because the statistics do not reveal gender identity or gender expression as a variable. There is a demand for trans-specific information about safe sex,”  the report reads.

Meanwhile, on the basis of this information, the inquiry proposed an improvement in the coordination and structure of work to promote the rights of LGBTQI people, and that The new Gender Equality Agency is given responsibility for coordination and a supportive mandate. Another suggestion is that  “The Government develops an action plan for the equal rights and opportunities of LGBTQI people. This work should involve additional public authorities being appointed as strategic authorities and one assigned permanent responsibility for coordination.

The report also called for state funding to support projects aimed at developing trans-inclusive environments, and for the National Board of Housing, Building and Planning to create guidelines on gender-neutral changing rooms and toilets.

Early this year, the Swedish National Board of Health and Welfare halted the automatic classification of Trans people as mentally, this is in line with the World Health Organisation’s removal of the transsexualism classification from the chapter on mental illness in its diagnostic guide.