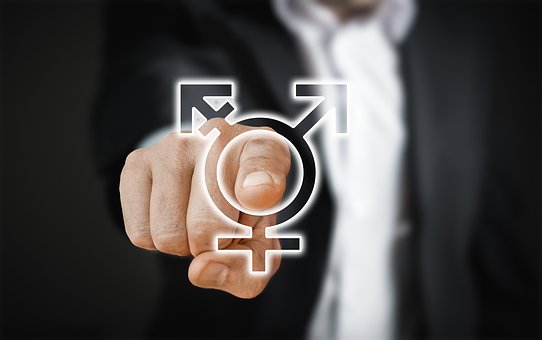 Mental health is a level of psychological well-being, or an absence of mental illness. It is the “psychological state of someone who is functioning at a satisfactory level of emotional and behavioural adjustment” – Dictionary definition.

For me as a person who also identifies as gay, the issues of my mental health have always been  a concern. Too often what society, government and faith leaders say about my sexuality bothers me and raises many levels of anxieties. It is no surprise that mental health amongst Lesbians, Gays, Bisexuals, Transgender, Intersex and Queer (LGBTIQ) people is high. Let’s take this one step further, if you are black of Africa, Caribbean or any other ethnic identity and you are LGBTIQ, the level of anxieties increases.

To see an LGBTIQ person as less than human can break their souls and it is not surprising that mental health has become a greater factor for the community. Unfortunately, in the global south and particularly in Africa, state sponsored homophobia and other legal discriminations force the society to inflict pain on the LGBTIQ community exacerbating mental and physical well-being. And sadly the faith communities that LGBTIQ people rely on toss them like a parasite.

Dr. Gro Harlem Brundtland, Director-General of the World Health Organization, reported in 2000 that “five of the 10 leading causes of disability worldwide … are mental conditions” (Bulletin of the World Health Organization, 2000, 78). The five conditions she listed are: major depression, schizophrenia, bipolar disorders, alcohol abuse and obsessive-compulsive disorders. In addition, significant mental-health disorders plaguing humanity include phobias, generalised anxiety and panic disorder. Any of these maladies can be disabling. Just imagine for a second what LGBTIQ people have to deal with.

LGBTIQ people are human and too often we are subjected to inhumane treatment. Many of us live daily in hostile countries, environment and abusive homes, even dedicated faith communities are often dangerous for our mental well-being.

Can people of faith suffer mental health? Why do we have a high rate of LGBTIQ people with mental health? There are so many questions we must ask, the answers are difficult in our search.

“If you pray enough you will be well, if you trust God to be normal, that is to be heteronormative you will be well again, to forsake homosexuality or same gender attraction or to express desires as sexual minority is of the devil”, these are truly misleading. If we are hated less, and experience compassion and love for we are and not who we are not, then we can tackle mental health.

Faith for many LGBTIQ is a distant memory and many people are disconnecting with faith because of the associated abuse and stigma.

Hebrew 11:1-3 described faith, “Now faith is the assurance of things hoped for, the conviction of things not seen. Indeed, by faith our ancestors received approval. By faith we understand that the worlds were prepared by the word of God, so that what is seen was made from things that are not visible.”

If this were true for the Christian homophobic and transphobic abusers, then the abuse of LGBTIQ people is truly ungodly. It is important for LGBTIQ people to recognise their own power of faith and pathway to reconciliation, their own integrity and direct relationship with their God, the relative peace in understanding who they are and whose they are, requires a journey of faith.

Philippians 4:6-7 said, “Be anxious for nothing, but in everything by prayer and supplication with thanksgiving let your requests be made known to God. And the peace of God, which surpasses all comprehension, will guard your hearts and your minds in Christ Jesus.”

Mental health for LGBTIQ people is often disregarded as an anomaly, but society, family and the church often conclude that only if the LGBTIQ person would change their ways everything would be alright. Have the abusers ever thought that their oppressive behaviour is a spark to LGBTIQ mental health and well-being? My recommendation is for all LGBTIQ people to understand who they are as none are freak of nature but truly, “fearfully and wonderfully made” by God.

Many LGBTIQ also develop internalised phobia that does not allow them to take care of their own health. Self-stigma, and self-abuse can produce anxiety especially when in denial of who you are. There is no way that God want us to be in such self-destructive journey of fear. The Bible says, “Do not be afraid of sudden terror …” (Proverbs 3:25). LGBTIQ people in hostile countries live daily in fear of terrors, these anxieties are developed into mental health.

The story of Jonah is an important one, God called him to go to Ninevah, many who has anxieties might be able to identify with this Bible character. Jonah 2:5-7 was reported to have said, “Water encompassed me to the point of death. The great deep engulfed me, Weeds were wrapped around my head. “I descended to the roots of the mountains The earth with its bars was around me forever, But You have brought up my life from the pit, O LORD my God. “While I was fainting away, I remembered the LORD, And my prayer came to You, into Your holy temple”. There is no doubt that many LGBTIQ people today endure many hardships with life and to overcome also includes that we do some work around our faith with those who have our best interest at the centre of their hearts and mind.

House Of Rainbow included in our mandate to be inclusive and welcoming to all people, we work tireless to support each one on their journey to reconcile faith, spirituality and sexuality and that also includes our mental health, providing safe spaces for the development, faith and growth of each person. It is difficult to offer a solution to these problem but we must think of what we can do to make changes to the lives of LGBTIQ people affected by mental health.

We must create a welcoming place of excellence and compassion, we must help society, communities and faith space, tune to Ephesians 4:23 “and that you be renewed in the spirit of your mind,” create a platform to renew our thinking of LGBTIQ people and recognise that mental health affects all people and more likely for LGBTIQ people who have suffered religious abuse and spiritual violence on the grounds of their sexual orientation and gender identity.

It is challenging to deal with abuses from those we trust, when I was growing up as a gay man, there are many people in Church and Community I trusted so much. That trust led me to many places of anxiety. I want to encourage you to seek a pathway for self-transformation and renewal. Finally, Romans 12:1-2, says, “Therefore I urge you, brethren, by the mercies of God, to present your bodies a living and holy sacrifice, acceptable to God, which is your spiritual service of worship. And do not be conformed to this world, but be transformed by the renewing of your mind, so that you may prove what the will of God is, that which is good and acceptable and perfect.” Let the healing begin, as we submit to God in our understanding, as we care for ourselves and other, do not allow those bullies to get you. More love more power. 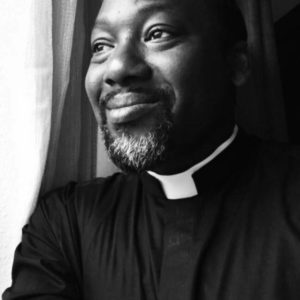