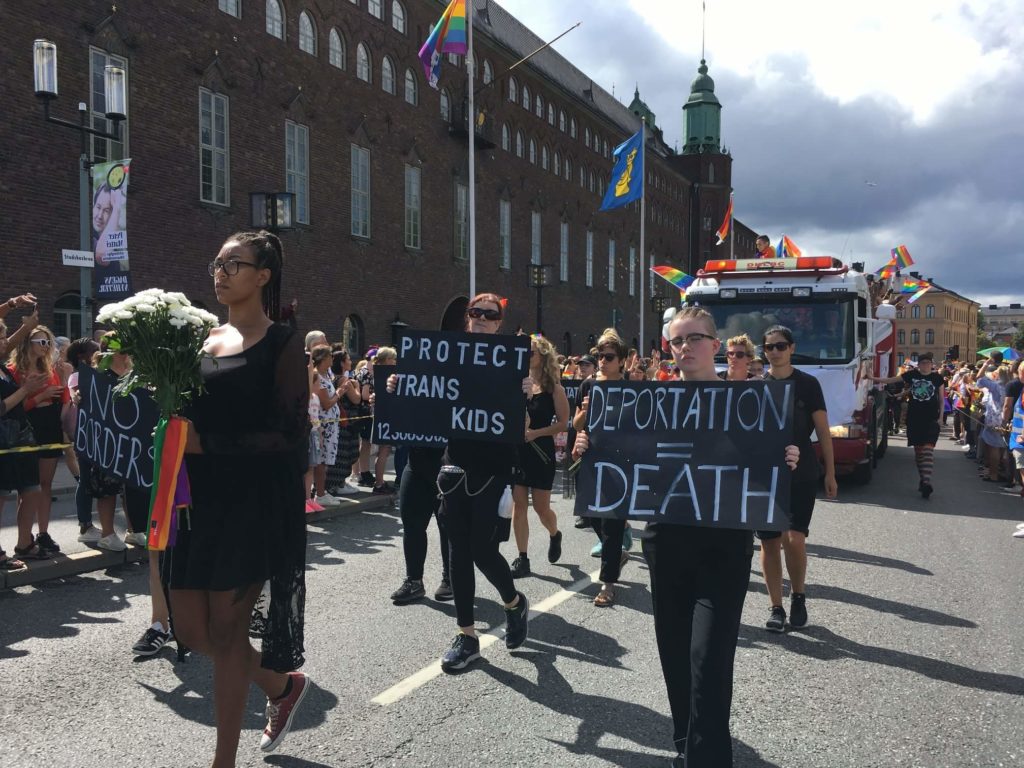 In a bid to  improve the handling of LGBT asylum cases the Swedish government  has appointed  the  migration board/Migrationsverket, as an LGBT or HBTQ-strategic agency.

The  decision made late June  2018,  will see the Migration authority  join other government appointed  HBTQ-strategic authorities namely: the Equality Ombudsman, the Swedish Agency for Youth and Civil Society, the National Board of Health and Welfare, the Public Health Agency of Sweden, the Swedish Arts Council, the Swedish National Agency for Education and the Swedish Gender Equality Agency.

In an interview Migration Board expert Sara Knutsson highlighted that this decision made by the Swedish Government recognised that the Swedish Migration Agency had taken actions to improve the quality and  competence of officers within the organisations when processing of LGBTQ asylum cases.

“By appointing the agency as a HBTQ-strategic authority the intention was to strengthen the possibilities for long term work on equal rights and possibilities for  LGBTQ-persons, including issues regarding the housing situation for LGBTQ-persons who apply for asylum. We are currently working on what actions to take and how to work as a LGBTQ-strategic agency. It will become clearer as we progress with the work

In the  decision  made by the Government the instruction if for the Migration Agency to: Identify strategic needs, goals and activities that it will perform during 2018-2020.The agency is also supposed to collaborate with the other HBTQ-strategic authorities and exchange best practices with other relevant actors, for example international organisations and the Swedish Secretariat for Gender Research.

The suggestion to appoint the Swedish Migration Agency as a new HBTQ strategic authority was made in an official report from 2017, Inquiry concerning a Stronger Status and Improved Living Conditions for Trans People, SOU 2017:92.

The migration board has often been criticised for mishandling cases resulting in rejections of asylum claims by LGBTQ people  and sending them back to countries where they face persecution.