The hall was packed to capacity. On the dais was a panel convened to discuss films that had been screened in the past week. It was that time of the year when LGBTQI people in the country would come together and watch films produced by themselves, for themselves. It was time for the annual film festival.

The question-and-answer session came and a woman in the audience saw it as her chance to address issues that were distressing her. Issues that are hardly spoken about. Issues that are ignored, neglected, and pushed to the back burner. As she spoke, people paid attention. Unfortunately, it was for all the wrong reasons. Snickers could be heard here and there with sighs of exasperation all around.

Everyone could hear the quiver in the woman’s raised voice and the vigour with which she defended herself. The panel tried to answer her questions as best as they could, but she was not getting the answers she needed. So she stood up again and raised her voice even higher. There was no subtlety to the venom in her voice anymore; there was no taming the beast that arose within her. She was livid and she laid her soul bare for everyone to see.

She spoke of inequality, lack of recognition, and abuse that was commonplace.
“I have been assaulted by my family and chased from my home. I have been raped and harassed by the police. I have slept on the streets and been turned away more times than I can count. So tell me why you don’t have people like me on the panel?”

Exasperation was evident on the panel. No one was having it. The audience had now started to openly express its chagrin, but it was nothing compared to hers. Only one other woman in the audience showed support for this woman. She held her hand and urged her to speak her truth. The woman finally had enough of the derision and walked out of the room in a huff, having received no answers that would satisfy her.

Just like how the trans woman was treated in that room full of queer folks, the transgender society in Kenya is an invisible population. They, along with bisexual women and lesbians, are not even recognized by the constitution. But what else can be expected from a country where any sexual acts between males are punishable by 5 years’ imprisonment and “sodomy” is punishable by 14 years’ imprisonment. Recent efforts to repeal this law were quashed on the grounds that there was a lack of evidence of extensive discrimination on the basis of sexual orientation and gender identity.

A study carried out by the Kenya National Human Rights Commission revealed that transgender people face discrimination in the justice system, when trying to find employment, and in other spheres of public life. An activity like going to the washroom in public spaces is often a source of anxiety as they stand to be accused of trying to commit acts of sexual crimes.

Trans people face more discrimination is faced when it comes to accessing health services. Although gender dysphoria is considered a mental illness, treatment is either denied or expensive to start and sustain. A participant of the aforementioned study said that she was denied gender reassignment surgery at a national hospital in Nairobi. No reason was given to her and attempts to get the Kenya Medical Practitioners and Dentist’s Board to reconsider were unsuccessful.

Hormonal therapy costs about 2,000 Kenyan shillings which is equivalent to US$20 per month. Hormone testing can only be done in private institutions as public facilities do not avail these services. This means that testing services are even more expensive and can cost up to US$50 to US$60. All this makes hormonal therapy inaccessible to many transgender people.

The trans community in Kenya is also no stranger to malice and physical violence. There are reported cases of them being publicly shamed or beaten when their sexual partners discover that they are transgender. Also, they are often kicked out of the few clubs in the city that are known to be “safe havens” for the LGBTQI community.

Hate crimes such as “corrective rape” usually go unreported because of fear of further stigmatisation by the police who have proven to be anything but allies to the community. Transgender people are harassed by the police who sometimes aren’t sure whether to assign them to men’s or women’s cells.

Despite and because of the above challenges, the invisible community is growing in Kenya. The larger it grows, the harder it will be to silence or ignore the trans community. The fight to be unapologetically themselves is reaching fever pitch and boy, is it a sight to see! 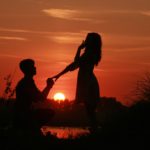 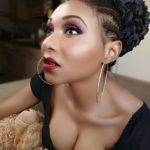 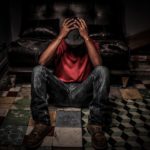